This is an long essay I wrote on separate organic waste collection in large urban areas. I wrote this for the Metropolitan Innovators course of my master track at AMS institute. You can read a short summary directly below this introduction or download the entire report as a pdf at the bottom of the page.

Household organic waste is the largest fraction of residual household waste in the Netherlands. The Netherlands is a frontrunner in separate collection of organic waste, however the biggest cities in the Netherlands have notoriously low recycling rates and are lagging behind. This article looks at the urban challenge of separating organic waste from three approaches, a socio-technical approach, an ecosystems approach and finally a spatial justice approach. The main questions of this article are: why are big cities not on an equal level as their smaller counterparts in terms of the separate collection of organic waste? What measures are being taken to improve this? And what more could we be doing?

The socio-technical approach sheds light on the history of (organic) household waste and the definition of the challenge. It was found the economic and cultural drivers determine for a large part the perception of waste and subsequently the processes for disposal. Also the divide in organic waste separation rates in rural and dense cities was found to be a recent development.

The spatial justice approach was used to find out who the stakeholders are in the organic waste system of Amsterdam and what their proposed solutions are. Many different coalitions of stakeholders were found to be active from civil society, the public and the private sector. There are experiments in neighbourhoods with separate collection of organic waste. Besides that, bottom up measures like wormhotels and collective composting in public gardens are on the rise. Currently also a post processing plant for waste separation is being built by AEB and the municipality. Besides that policies were identified that could have a big positive impact on source separation of organic household waste. The first is a financial incentive trough variable pricing, another is facilitating source separation trough reversed collection. And finally obligating new real estate to include organic waste processing or storage solutions could have a big impact.

On the one hand, with these experiments separating organic waste is becoming more normal. On the other hand incineration is still the dominant technology. Also storage space in the urban fabric and especially inside houses still deserves more attention. As does communication with residents. Finally the post processing plant might work for some waste streams but for organic waste it was found not to be a circular solution. Consequently the municipality needs to communicate carefully about what the plant can and cannot do, to avoid loss of source separation practices by its inhabitants. Helped with policy changes, the municipality should also continue its efforts to improve source separation of organic household waste, because that is the only real circular future. 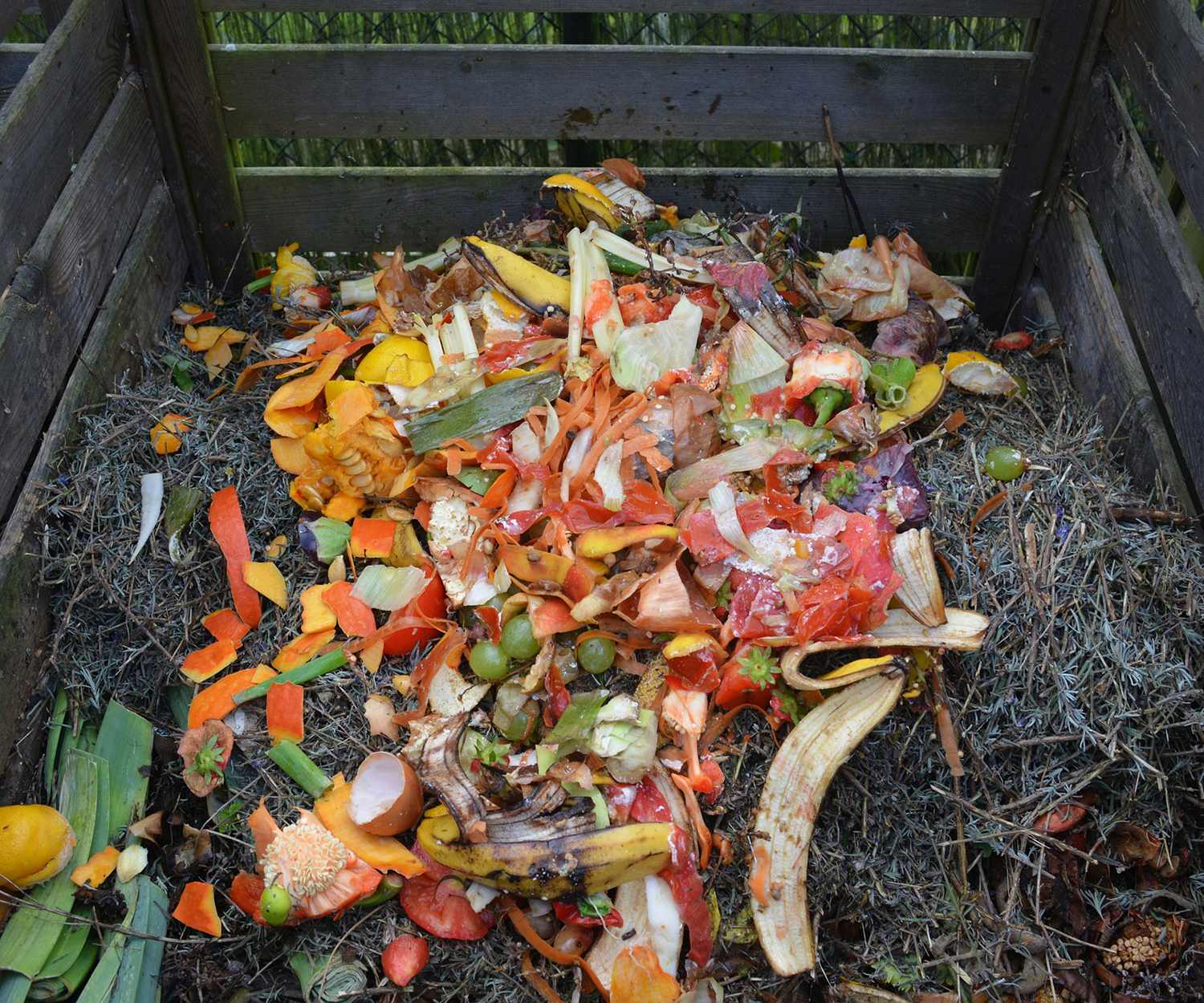 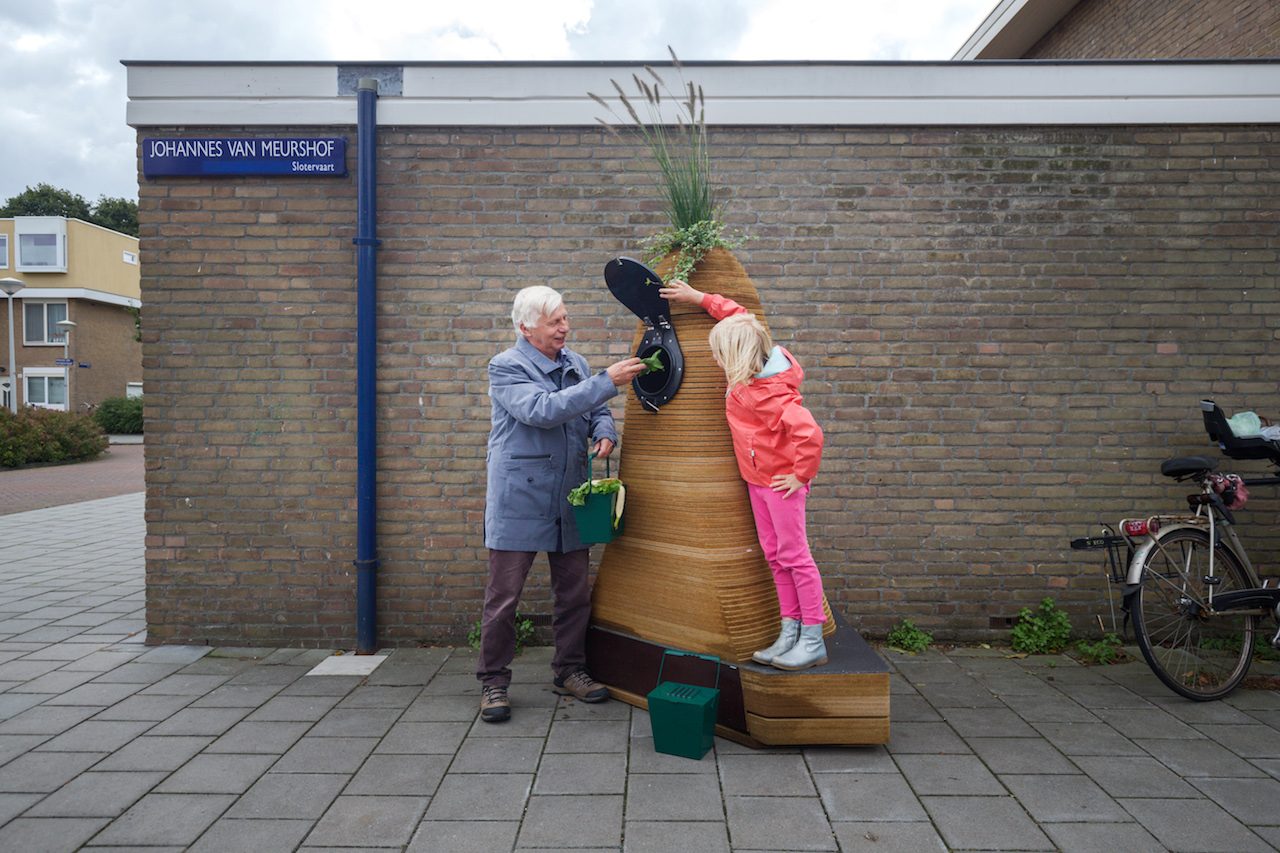 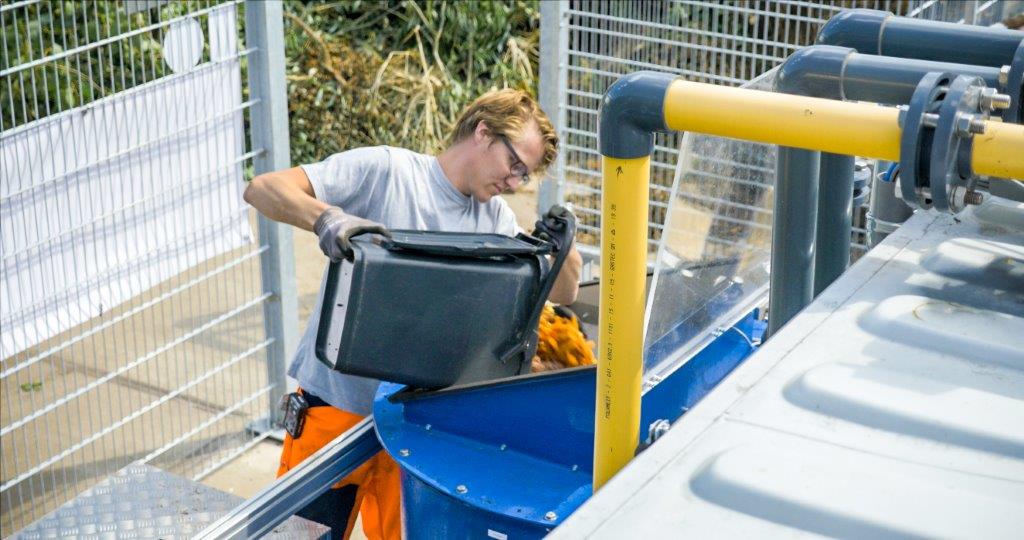 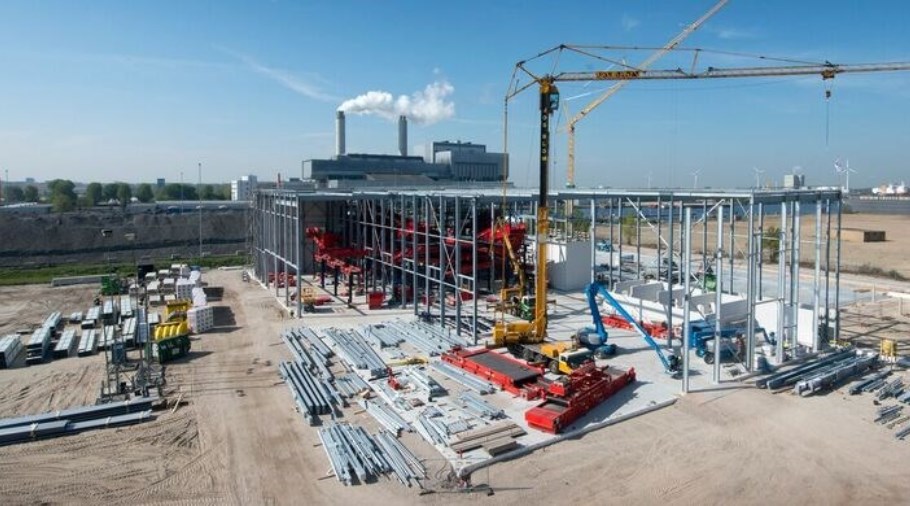 Meanwhile the public sector works in many directions, one of which is the construction of a large scale waste seperation plant
Previous project
Next project